Where the road from Kippford joins the A710 lies the hamlet of Barnbarroch. Barnbarroch just consists of a few houses but here you will find Barnbarroch Pottery. Originally converted from the old school porch, it has since been extended to create a light attractive gallery. The gallery is open all year and displays sculptural and illustrative ceramics and unusually decorated tableware.

Adjacent is Coastal Kippford holiday park and Craigieknowes Golf Club and Tee Room. There is a club house and very attractive tea room. The course is open to the public on a pay and play basis.

Also adjacent is access to Dalbeattie Forest and the range of walks and cycle trails the forest offers.

It was  announced in December 2021 that a Barnbarroch soldier is to be commemorated 102 years after his death.  A special memorial is to be places in Colvend Churchyard

Listed on the War Memorial in Colvend Parish Churchyard is DUNCAN, GEORGE Pte. R.F.A. 20 Aug. 1920 and after research by Ken Morrison of Rockcliffe, a volunteer with the Scottish Military Research Group, and by members of the In From the Cold Project (IFCP), George Duncan's name was added to the Commonwealth War Graves Commission's (CWGC) Debt of Honour Register in May 2009.

Recent further research by IFCP has established that George is buried in Colvend Parish Churchyard, however it has not proved possible to identify the exact location of his grave. As a result, the CWGC is now in the process of producing a special memorial to commemorate him in this churchyard and they are looking for possible relatives.

George had been born in 1897 in Springholm, together with a twin sister named Maggie. He was a farm worker when he enlisted in June 1915 as a Private in the 2nd Kirkcudbrightshire Battery of the 2/2nd Lowland Field Artillery Brigade. He was posted to France in December 1917 and joined the 150th Brigade of the Royal Field Artillery as a Gunner. He was admitted to 1st Australian General Hospital at Rouen, France in April 1918 suffering from tuberculosis and he was evacuated to the Grove Military Hospital, Tooting, London. He was discharged from the army in July 1918 and awarded a Silver War Badge.

George was aged 22 and was a ploughman living with John and Isabella Goldie at Woodside, Barnbarroch, Colvend when he died of tuberculosis in Dumfries Infirmary in August 1920. 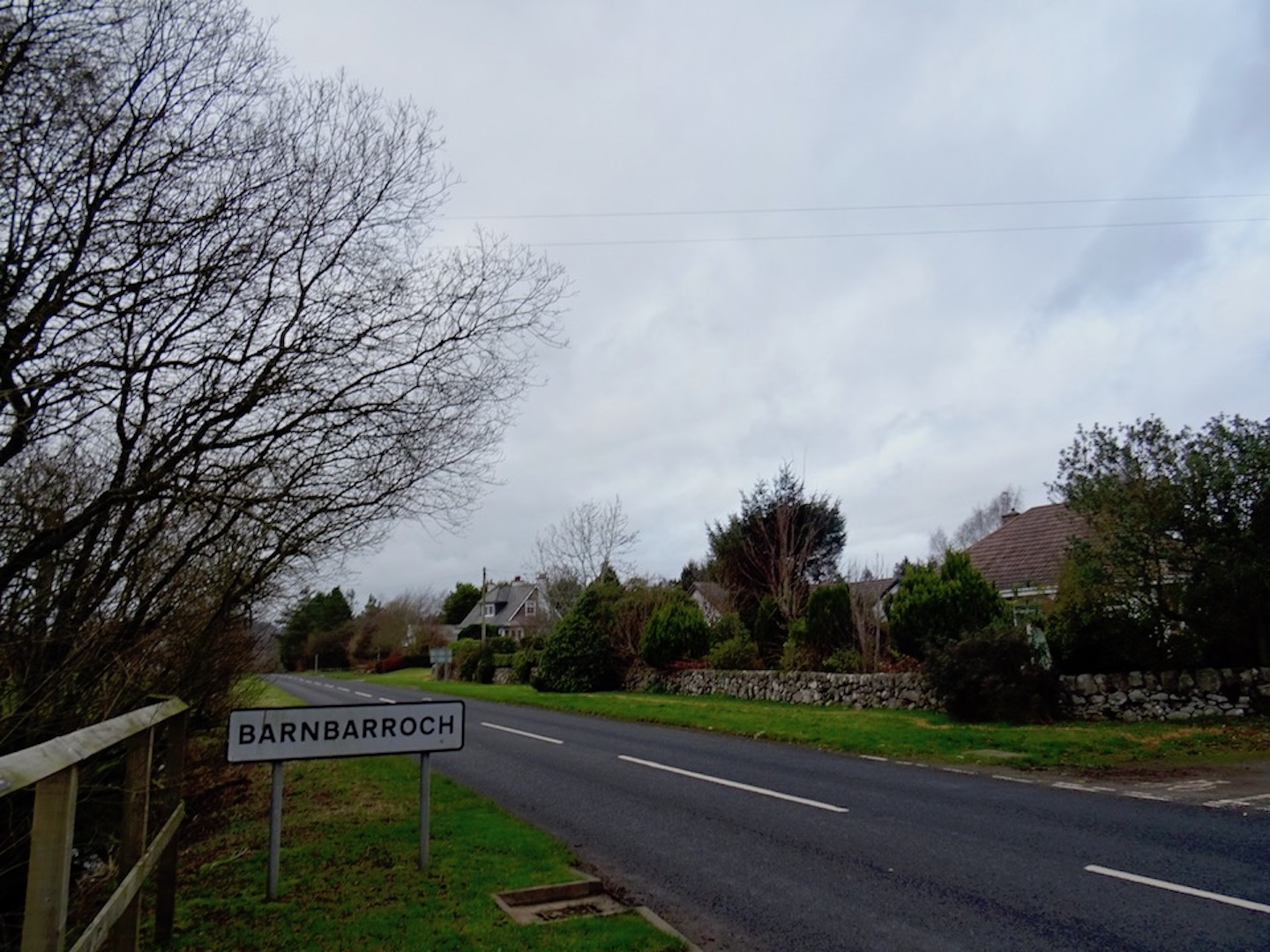 Entering Barnbarroch from the southeast